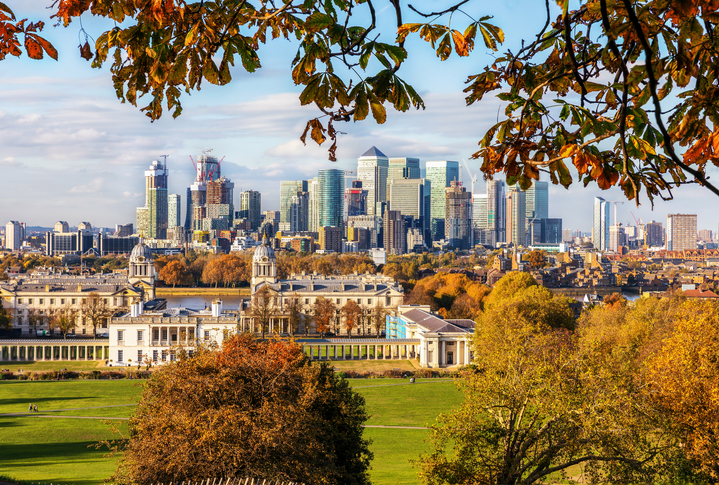 “An economy fit for a new age of optimism”

Chancellor of the Exchequer, Rishi Sunak, delivered his third Budget and the results of his Spending Review on 27 October, declaring that it begins “the work of preparing for a new economy post-COVID.” The Chancellor struck an upbeat tone during the key fiscal event, as he outlined his vision of “an economy fit for a new age of optimism, where the only limit to our potential is the effort we are prepared to put in and the sacrifices we are prepared to make.”

The Chancellor began his statement by revealing updated projections from the Office for Budget Responsibility (OBR), which predict that recovery from the depths of the pandemic will be quicker than previously thought. The revised figures suggest that the UK economy will grow by 6.5% this year, a significant upgrade from March’s 4% figure. The forecast implies the economy will regain its pre-pandemic level by the turn of the year, six months earlier than previously expected.

Medium-term GDP predictions were also upgraded as the OBR now estimates that long-term pandemic-related economic scarring will be 2% rather than the 3% assumed in March. As a result of this, along with a number of government policy changes, public sector net borrowing is now projected to be equivalent to 7.9% of economic output, down from the previous forecast of 10.3%. In addition, borrowing figures across each of the subsequent four financial years have also been lowered.

The Chancellor did, however, acknowledge that the cost of living is rising. The OBR predictions suggest the CPI measure of inflation will average 4% over the next year, peaking at 4.4% in the second quarter of 2022. Mr Sunak said, “The pressures caused by supply chains and energy prices will take months to ease” adding “it would be irresponsible for anyone to pretend that we can solve this overnight.”

Prior to Budget Day, the Treasury had released a series of funding announcements including statements setting out spending plans for transport, health and education. During his speech, Mr Sunak stated that his Budget “increases total departmental spending over this Parliament by £150bn, with spending growing by 3.8% a year in real terms.” He added, “As a result of this Spending Review, and contrary to speculation, there will be a real terms increase in spending for every government department.”

The specific spending pledges mentioned during the Chancellor’s speech include:

Following the recommendations of the independent Low Pay Commission, the government will increase the National Living Wage for individuals aged 23 and over by 6.6% from £8.91 to £9.50 an hour, effective from 1 April 2022.

The taper rate that applies in Universal Credit will be reduced from 63% to 55% by 1 December 2021 and the Work Allowance will be increased by £500 a year.

The Chancellor announced that the year-long freeze on public sector pay will be lifted as the economy recovers from the pandemic, with the government seeking recommendations from Pay Review Bodies where applicable.

The new Health and Social Care Levy, announced in September, will be introduced across the UK from April 2022. The tax will initially begin as a 1.25 percentage point increase in National Insurance contributions, paid by both workers and employers. From April 2023, it will become a separate tax on earned income, calculated in the same way as National Insurance and ring-fenced as a Health and Social Care Levy. Tax on share dividends that are outside tax-free allowances is also scheduled to increase by 1.25 percentage points from April 2022.

As previously announced and following the government’s decision to suspend its triple lock guarantee for one year, September’s CPI rate will be used to calculate the uplift in the State Pension. As a result, the value of the basic State Pension will increase in April 2022 from £137.60 to £141.85 per week, while the full new State Pension will rise from £179.60 to £185.15 per week.

Many tax allowances remain unchanged, as previously announced in the March Budget:

Business rates will be reduced by a total of over £7bn over the next five years:

The government also intends to support UK businesses by extending the temporary £1m limit of the Annual Investment Allowance to 31 March 2023, providing businesses with upfront support, encouraging them to bring forward investment and simplifying tax for businesses investing between £200,000 and £1m.

“The evidence is compelling that the first 1,001 days of a child’s life are the most important,” the Chancellor said as he moved onto the government’s spending plans for childcare and education. Mr Sunak therefore announced additional funding to support young families, help schools recover from the pandemic and improve education across the UK, including:

In his speech, Mr Sunak commented, “We are investing more in housing and homeownership with a multi-year settlement totalling nearly £24bn.” This includes £1.8bn of funding announced in this Budget (helping meet the government’s commitment to £10bn for new housing) to be spent on housing developments on brownfield land. The Chancellor also reconfirmed the government’s £11.5bn investment in the Affordable Homes Programme (2021-26) to deliver 180,000 units.

He pledged £5bn for the removal of unsafe cladding from high-risk buildings, to be partly funded by the Residential Property Developer Tax, which will be levied at a rate of 4% on profits in excess of a £25m threshold.

Rishi Sunak signed off his announcement saying, “This Budget helps with the cost of living. This Budget levels up to a higher-wage, higher-skill, higher-productivity economy. This Budget builds a stronger economy for the British people. And I commend it to the House.”

It is important to take professional advice before making any decision relating to your personal finances. Information within this document is based on our current understanding of taxation and can be subject to change in future. It does not provide individual tailored investment advice and is for guidance only. Some rules may vary in different parts of the UK; please ask for details. We cannot assume legal liability for any errors or omissions it might contain. Levels and bases of, and reliefs from, taxation are those currently applying or proposed and are subject to change; their value depends on the individual circumstances of the investor.